Saul talks to the Eureka Report’s Alan Kohler about this week’s US Federal Reserve and other leading central bank meetings, inflation and house prices

AK: Now, here’s Saul Eslake, independent economist and his business is called Corinna Economic Advisory. Saul, there’s a lot of central bank meetings this week, starting with the Federal Reserve, but also I think the ECB and BOJ – Bank of Japan. What are we likely to see, any rate increases by the big central banks?

SE: Not rate increases, but I think the US Federal Reserve will announce an accelerated tapering of its bond purchase program and will almost certainly signal that there will be, at a minimum, two and possibly more increases in the federal funds rate, that’s the Fed’s version of our official cash rate, during 2022. At the last meeting, the Fed had signalled that they would taper their bond purchases to finish them by June. It now seems more likely that they will want to finish those by March and that clears the way for the Fed to start raising rates probably in June next year.

As for the ECB, I think they might also signal that when their envelope, as they call it, their limit for bond purchases is reached probably early next year, that they will retire that program as well. Although, I think Christine Lagarde, the president of the ECB, will emphasise that that central bank is still a long way from actually raising rates. Of course, the Bank of Japan, which invented both quantitative easing and zero interest rates, is likely to stay that way well into 2023, if not beyond. There’s no sign of any pickup in inflation in Japan at all and of course, their economy is still crawling along, even by their standards, so there’s no pressure for a tightening of monetary policy in Japan.

The other place where we could see warnings of an imminent rise in interest rates is in the UK, which along with the US as the advanced economy that’s experiencing the most inflation pressures, I don’t think the Bank of England will be announcing the rate increase this week, but I think they’ll be making it fairly clear that rate rises are on the agenda there for 2022.

AK: What’s your view about inflation? We saw 6.8 per cent in the US on Saturday morning. What do you think we can expect to see in inflation next year?

SE: I think we will see inflation remain uncomfortably high in the first half of the year and it’s not impossible that the headline rate of annual inflation in the US could get to over 7 per cent. But once we get to March, April, May next year, the big increases that occurred in those months this year that started the talk about an inflation scare will start to drop out of annual inflation rates. I think it’s also likely that unless the Omicron virus gets out of hand and forces renewed shutdowns around the world, that the supply chain blockages that are part of the inflation story in the US and in other countries, will start to ease which should bring price pressures down.

I think we’ll also see some further easing in commodity prices as growth in the broader world economy slows down and the main sources of inflationary pressure in the US after the middle of next year are probably going to be things like house prices. House prices have a much bigger weight in the American CPI than they do in almost any other country’s CPI and that’s something that I think has been underappreciated. But I think central banks are still broadly correct to be working on the assumption that by this time next year, inflation rates will be considerably lower than they are at the moment, and I think that’s true even in the US where those pressures have been more intense than they have in other economies.

SE: I don’t think we’ll see prices fall in 2022, at least not across the board. It’s, I think, fairly clear that the moment of house price inflation is slowing. Every month since April this year, the monthly increase in house pries has, on average, gotten smaller and I’d expect that trend to continue. But nationwide falls in house prices in Australia are fairly rare. We get them, for example, in Perth and Darwin over the past seven or eight years when there’s been an exodus of population after a local boom.

We saw house prices fall in Sydney and Melbourne ahead of the 2019 election, partly because of tightening measures by APRA and partly out of a concern that Labor would win the 2019 election and implement the policies it had with regard to negative gearing and the capital gains tax discount. But Labor’s now walked away from those policies, APRA doesn’t seem to have much appetite for further tightening macroprudential controls and although demand from first home buyers is falling, we know that we’re going to see a resumption of immigration by skilled migrants in 2022 and they’re of course the migrants that are likely to get jobs and want to buy housing.

I don’t really see the rationale for house prices to fall nationwide in 2022 or 2023. The other thing that history tells us, of course, is that if it looks as though there might be a widespread fall in house prices, Governments and the central bank step in with fiscal and monetary policy measures to stop that happening. We have, in Australia, our own version of what used to be called the Greenspan or Bernanke put in the American stock market, which of course encouraged leveraged investment into the US stock market. I think we’ve got something similar at work here in the Australian property market, especially now that investors can be confident that whatever the outcome of the forthcoming election, the tax preferences which have drawn so much additional investment into the property market are going to remain.

SE: That’s a pleasure, thanks, Alan. 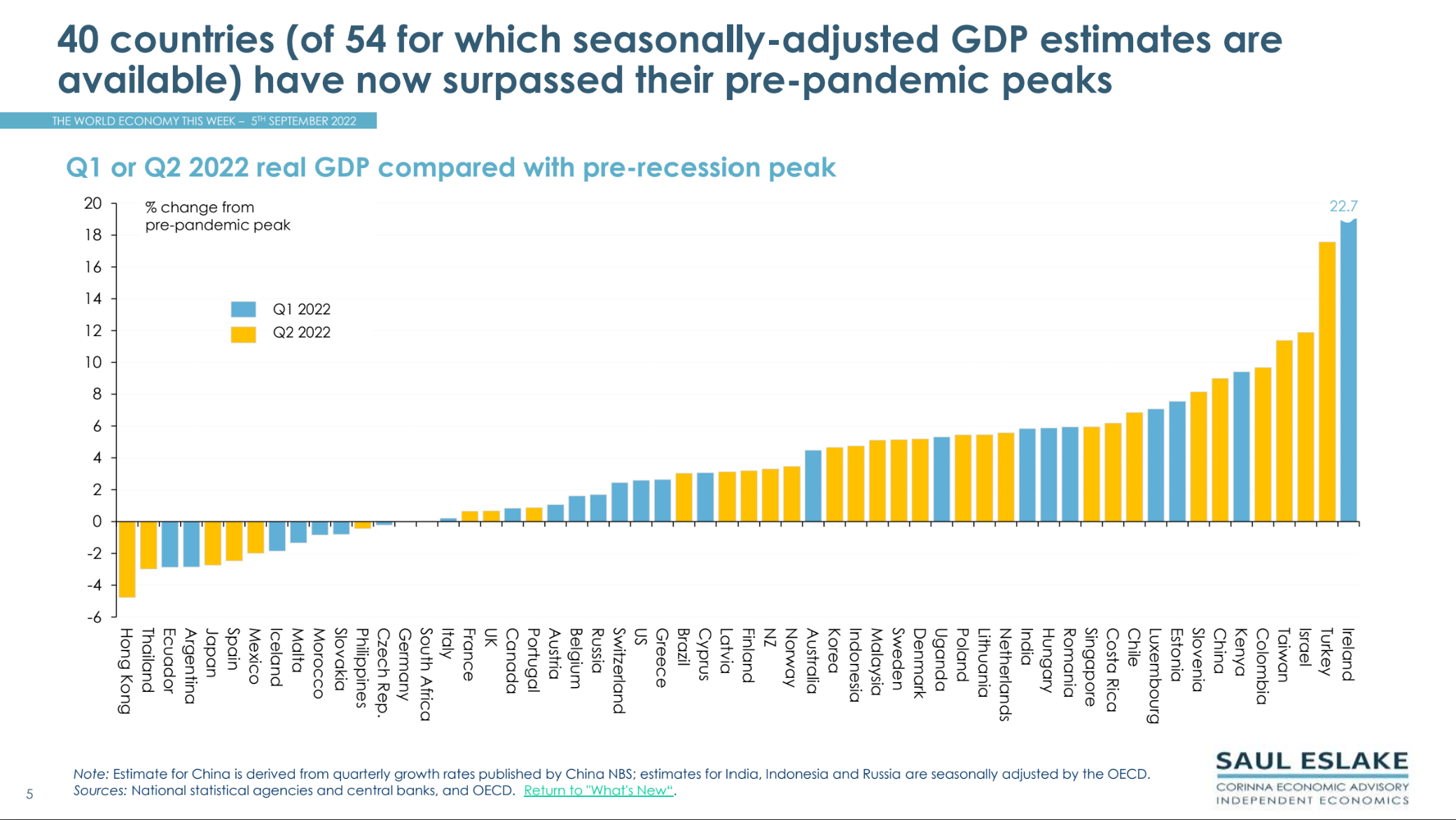 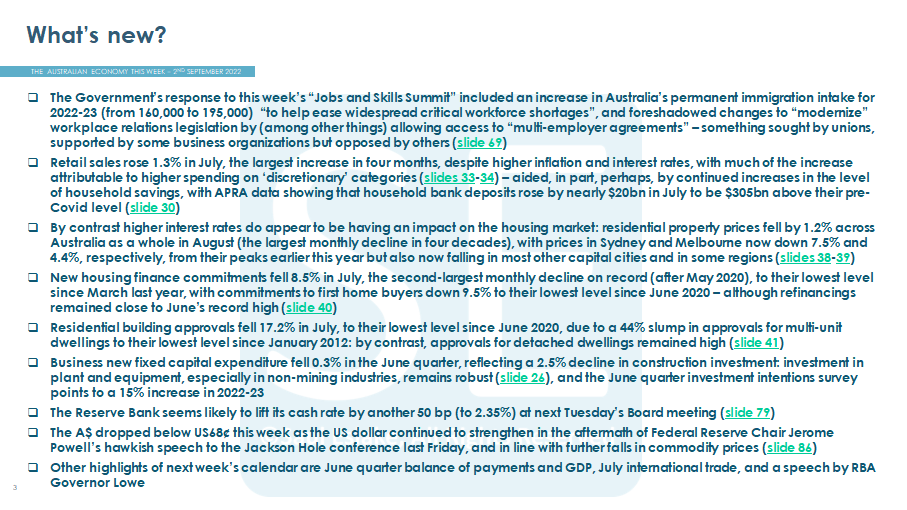 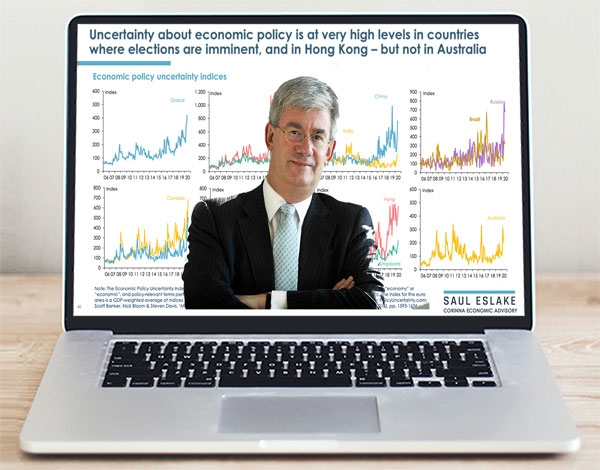